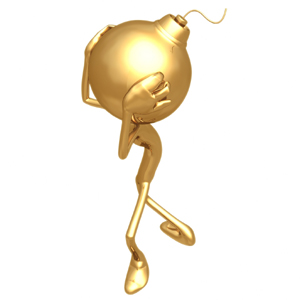 “Nothing ever happens without an on-looker” is an ancient saying.

Man sees first his failure or success, his joy or sorrow, before it swings into visibility from the scenes set in his own imagination. We have observed this in the mother picturing disease for her child, or a woman seeing success for her husband.

Jesus Christ said, “And ye shall know the truth and the truth shall make you free.”

So, we see freedom (from all unhappy conditions) comes through knowledge—a knowledge of Spiritual Law.

Obedience precedes authority, and the law obeys man when he obeys the law. The law of electricity must be obeyed before it becomes man’s servant. When handled ignorantly, it becomes man’s deadly foe. So with the laws of Mind!

A woman with a strong personal will, wished she owned a house which belonged to an acquaintance, and she often made mental pictures of herself living in the house. In the course of time, the man died and she moved into the house. Several years afterwards, coming into the knowledge of Spiritual Law, she said to me: “Do you think I had anything to do with that man’s death?” I replied: “Yes, your desire was so strong, everything made way for it, but you paid your Karmic debt. Your husband, whom you loved devotedly, died soon after, and the house was a white elephant on your hands for years.”

The original owner, however, could not have been affected by her thoughts had he been positive in the truth, nor her husband, but they were both under Karmic law. The woman should have said (feeling the great desire for the house), “Infinite Intelligence, give me the right house, equally as charming as this, the house which is mine by divine right.”

The divine selection would have given perfect satisfaction and brought good to all. The divine pattern is the only safe pattern to work by.

Desire is a tremendous force, and must be directed in the right channels, or chaos ensues.

In demonstrating, the most important step is the first step, to “ask aright.”

Man should always demand only that which is his by divine right.

To go back to the illustration: Had the woman taken this attitude: “If this house, I desire, is mine, I cannot lose it, if it is not, give me its equivalent,” the man might have decided to move out, harmoniously (had it been the divine selection for her) or another house would have been substituted. Anything forced into manifestation through personal will, is always “ill-got,” and has “ever bad success.”

Man is admonished, “My will be done not thine,” and the curious thing is, man always gets just what he desires when he does relinquish personal will, thereby enabling Infinite Intelligence to work through him.