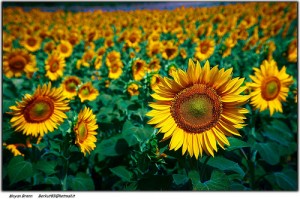 “Yea, the Almighty shall be thy defense and thou shalt have plenty of silver.”

One of the greatest messages given to the race through the scriptures is that God is man’s supply and that man can release, through his spoken word, all that belongs to him by divine right. He must, however, have perfect faith in his spoken word.

Isaiah said, “My word shall not return unto me void, but shall accomplish that where unto it is sent.” We know now, that words and thoughts are a tremendous vibratory force, ever moulding man’s body and affairs.

A woman came to me in great distress and said she was to be sued on the fifteenth of the month for three thousand dollars. She knew no way of getting the money and was in despair.

I told her God was her supply, and that there is a supply for every demand.

So I spoke the word! I gave thanks that the woman would receive three thousand dollars at the right time in the right way. I told her she must have perfect faith, and act her perfect faith. The fifteenth came but no money had materialized.

She called me on the ’phone and asked what she was to do.

I replied, “It is Saturday, so they won’t sue you today. Your part is to act rich, thereby showing perfect faith that you will receive it by Monday.” She asked me to lunch with her to keep up her courage. When I joined her at a restaurant, I said, “This is no time to economize. Order an expensive luncheon, act as if you have already received the three thousand dollars.”

“All things whatsoever ye ask in prayer, believing, ye shall receive.” “You must act as if you had already received. “The next morning she called me on the ’phone and asked me to stay with her during the day. I said “No, you are divinely protected and God is never too late.”

In the evening she ’phoned again, greatly excited and said, “My dear, a miracle has happened! I was sitting in my room this morning, when the doorbell rang. I said to the maid: ‘Don’t let anyone in.’ The maid however, looked out the window and said, ‘It’s your cousin with the long white beard.’

So I said, ‘Call him back. I would like to see him.’ He was just turning the corner, when he heard the maid’s voice, and he came back.

He talked for about an hour, and just as he was leaving he said, ‘Oh, by the way, how are finances?’

I told him I needed the money, and he said, ‘Why, my dear, I will give you three thousand dollars the first of the month.’

I didn’t like to tell him I was going to be sued. What shall I do? I won’t receive it till the first of the month, and I must have it tomorrow.” I said, “I’ll keep on ‘treating.'”

I said, “Spirit is never too late. I give thanks she has received the money on the invisible plane and that it manifests on time.” The next morning her cousin called her up and said, “Come to my office this morning and I will give you the money.” That afternoon, she had three thousand dollars to her credit in the bank, and wrote checks as rapidly as her excitement would permit.