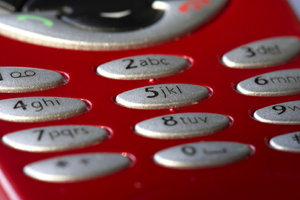 One of my students had been given a new piano, and there was no room in her studio for it until she had moved out the old one. She was in a state of perplexity. She wanted to keep the old piano, but knew of no place to send it. She became desperate, as the new piano was to be sent immediately; in fact, was on its way, with no place to put it. She said it came to her to repeat, “I cast this burden on the Christ within, and I go free.”

A few moments later, her ’phone rang, and a woman friend asked if she might rent her old piano, and it was moved out, a few minutes before the new one arrived.

I knew a woman, whose burden was resentment. She said, “I cast this burden of resentment on the Christ within, and I go free, to be loving, harmonious and happy.” The Almighty superconscious, flooded the subconscious with love, and her whole life was changed. For years, resentment had held her in a state of torment and imprisoned her soul (the subconscious mind).

The statement should be made over and over and over, sometimes for hours at a time, silently or audibly, with quietness but determination.

I have often compared it to winding-up a victrola. We must wind ourselves up with spoken words.